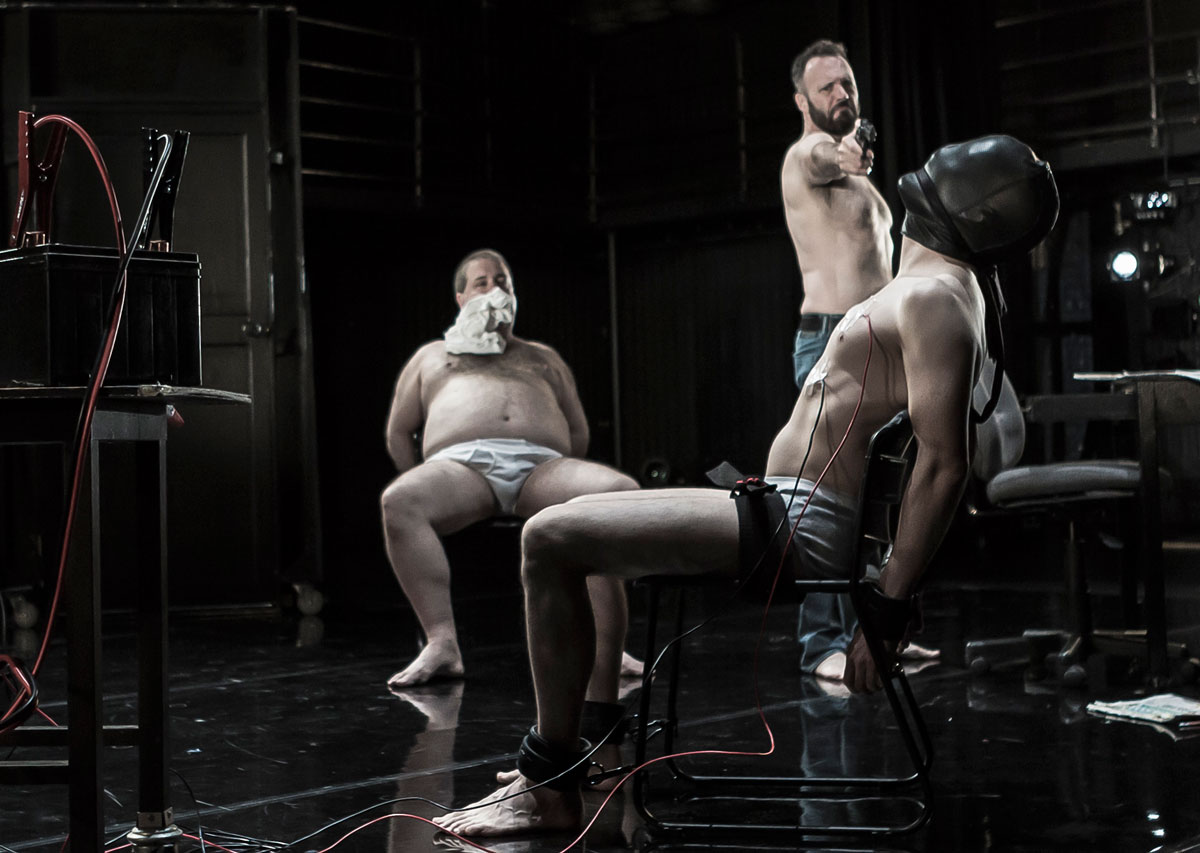 PIG delves into aspects of life that are frequently venal, unpleasant, disturbing and downright tragic. Luc and Taylor meet online, Stevie and Joe get married in a Civil Partnership, and Pig and Knife are two rent boys exploring their death wish. A play that depicts violent sex and sexual violence, PIG is about punishment, redemption, ownership and sacrifice, self-harm and death-wish, role-play and fantasy, and the eroticism of violence and of HIV-AIDS. As a moving and unsentimental exploration of love and identity, it ventures into unexplored theatrical territory via its themes of love, obsession, dependency and addiction, and reappraises attitudes toward the straight mainstream in general and the advent of civil partnerships in particular. A fierce, brave piece which moves romantic ideal and addictive hell so close together as to be tragically imperceptible.