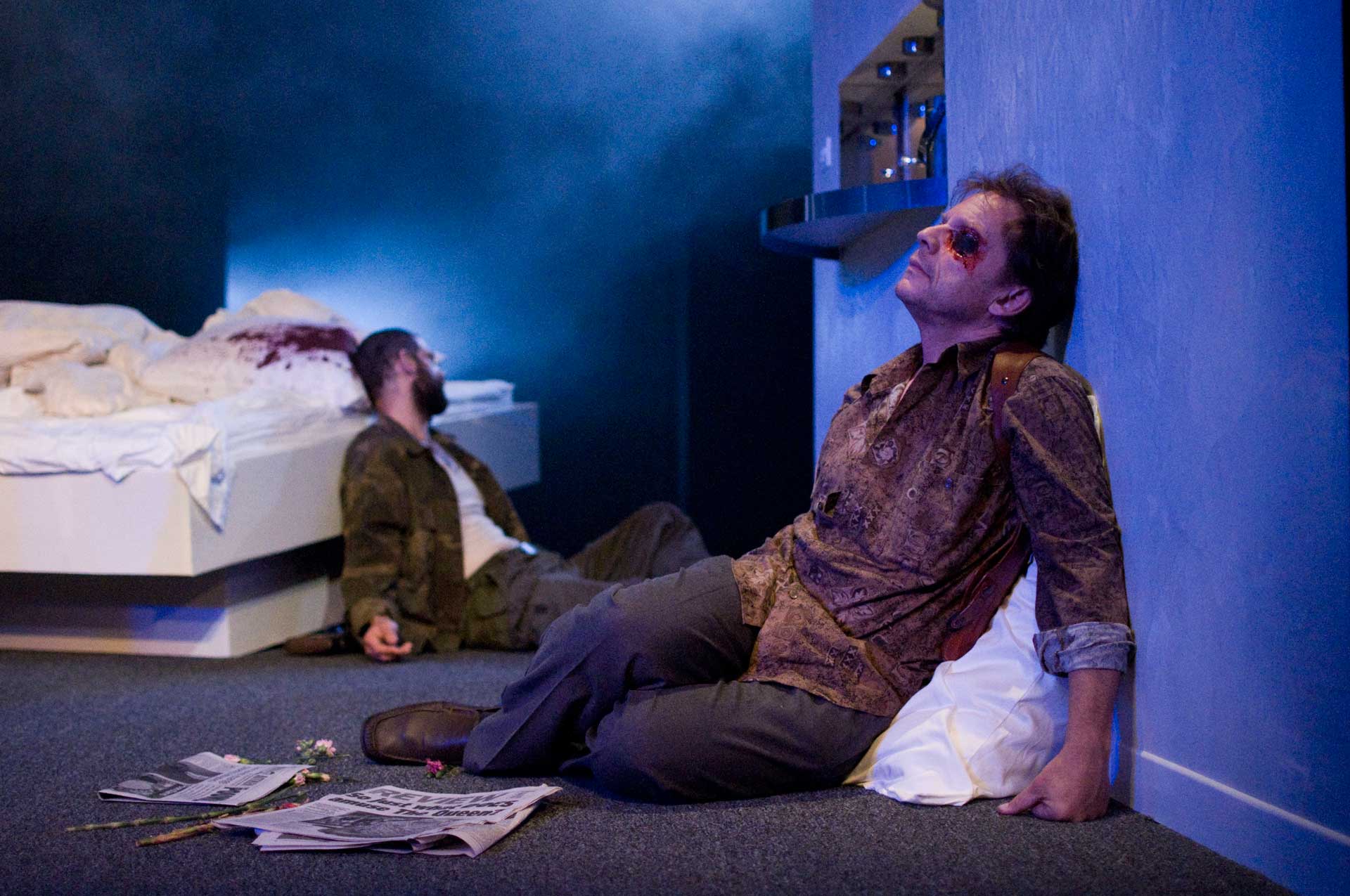 A middle-aged journalist and a young woman hole up in a hotel room. Outside, a war rages on. What begins as a sordid love story takes on a nightmarish dimension as violence between the couple escalates. An armed soldier appears in the room and brings with him the terrifying fragments of a world blown apart by war. Sarah Kane’s landmark play, lambasted by British critics when it was first performed in 1995 as “a disgusting feast of filth” (Daily Mail), is now considered one of the most important plays to emerge out of the English-speaking world in the last twenty years.